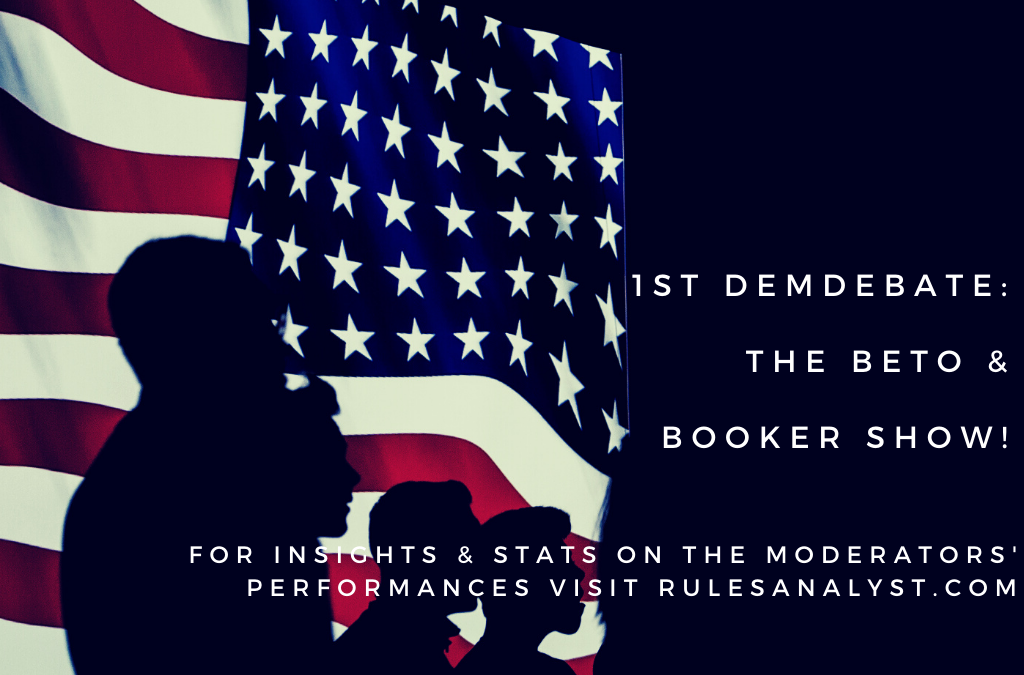 Sorry to those who wanted this first Democratic Presidential Primary to be a slug match.  It did not “get nasty” as predicted by some of the pundits.  I am happy to report that all the moderators maintained order relatively well (even wild card Rachel Maddow!)

As an expert on moderating panel discussions, here’s what I thought went well during the first Democratic Presidential primary:

Here’s what I thought was a little weird:

It wasn’t the most scintillating of debates, but I didn’t think it would be.  This is the first of twelve and more of an introduction than a debate.  My prediction for the next debate: The candidates are going to be MORE aggressive! [see that coverage here].