Can a Panel Moderator Challenge Panelists to Change Their Behavior?

How to Play Referee as a Panel Moderator: When the Hot Topic Gets Too Hot

It’s an intriguing thought: Can a panel moderator challenge the panelists to change their own behavior?

After all, most panels are designed to influence the attendees….to do something differently (or, as my colleague, Nick Morgan says, “the only reason to give a speech [or to have a panel discussion] is to change the world!).

So why not inspire the panelists to do something as well?

This actually happened to business show host, journalist, Forbes columnist, Devin Thorpe during an all male panel discussion at the UN talking about gender diversity in front of an audience that was largely women (awkward)!  During the panel discussion, the moderator challenged each panelist to make a specific commitment to do something to advance the interests of women in the future.

Uh….did anyone see that coming?  That wasn’t in the pre-work….

As a Forbes Contributor, Devin covers social entrepreneurship and impact investing, reaching an audience of over 1 million people. He’s produced over 800 episodes of his Your Mark on the World show featuring luminary change agents.  Now Devin had already been thinking about the need to balance the genders on his show.  Although he had never counted, he knew he had a few more men than women on his show, but thought he was close and knew he could do better.

When the challenged was laid out, he said that he would commit to an equal number of men and women on his show for 2016.


The other guys?  They fumbled.  The other three guys essentially said the same thing.  In essence: I am a feminist, I am great at these things, and I will keep doing all the great things that I have been doing.

Why wasn’t he close?  He didn’t even know…because he wasn’t checking the data.  The moderator challenged him to make a specific commitment.  And Devin decided to check the data vs. rely on his gut instinct.

The result? He developed a process to identify extraordinary women to have on his show – and not sacrifice the quality of his show.  All because a panel moderator challenged him.  🙂

P.S.  A BIG shout out and thank you to Pegine Echevarria for sharing this interview with Devin.

For more resources on how to make meetings, panels, and room sets better, make sure to check out this knowledge vault which is chock-full of customizable checklists, worksheets, templates, agendas, sample emails, video interviews and webinars with industry icons and professional moderators.

Kristin Arnold, professional panel moderator and high-stakes meeting facilitator, shares her best practices for interactive, interesting, and engaging panel presentations. For more resources like this, or to have Kristin moderate your next panel visit the Powerful Panels official website. 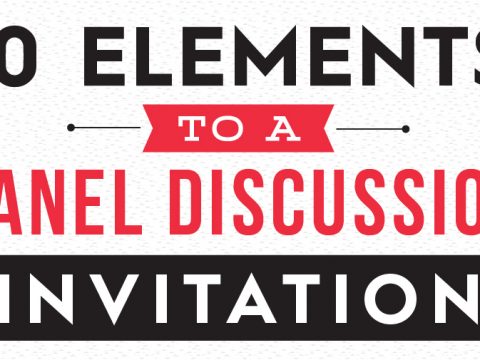