Ian Cleary runs razorsocial.com, is an expert in social media tools, and speaks at various conferences. He has attended several panel discussions, he is frequently asked to be a panelist, and has even moderated a few.


I thought his perspective on panels was rather interesting, so I thought I would share our conversation together.

Kristin: When I first asked you about panels, you kind of rolled your eyeballs and you said, “Oh, panels.” So what’s your basic opinion of panels?

Ian: So my opinion on panels is that it’s very difficult to find a good panel because I don’t think people are organized enough for the panels that I see. So you go to a panel and it’s a general conversation. And I like to have specific actions that you take out of events and I find that panels are often missing…you leave the panel not having any specific actions. So I think that they’re not coordinated well enough in the industry.

Kristin: In the social media world do you think, or is it just generally everywhere?

Ian: Generally, I would say. I’ve been to conferences in all different industries. I was asked to run a panel session for Mark Schaefer a couple of years ago for his SocialSlam conference. I wanted it to go really well and I also wanted to make sure it was run properly. So I made sure to have a meeting with all the panel members before hand. When we sat down together, I said, “Well, what are the specific actions that people can take at the end of this for your particular session within it?” So we made sure there was a list of actions. Everybody had, at least, two actions that we shared out to people so they could walk away and implement this as opposed to just a general conversation. And that worked a lot better.

Kristin: I love closing with that question. So what’s the one thing you want people to do as a result of this great conversation? Because if we don’t do anything as a result, it’s been a waste of time.

Ian: Exactly. And that’s the key. So I think that the panel sessions need to be better prepared in advance. There needs to be a better moderator with clear goals of what’s coming out of the session. And there needs to be clear actions at the end that people can walk away with. So treat it like a normal session and make sure that all panel members are prepared so they have some content because a lot of them just arrive on the day and go, “Oh it’s a panel. I’ll just answer questions!” So that needs to be prepared in advance, the questions prepared, their answers prepared, their action items prepared. And then there’s time for additional discussion outside of this but at least, they’re going like, “This is what I want people to get out of this panel session.”

Kristin: Is there a balance between too little and too much preparation? One of the neat things about panels is the ability for the audience to think, “Oooh, we’re going to get something that we can’t get any place else! We’re going to get that live interaction between the panelists who have the disparate viewpoints.” So is it possible to over prepare?

Ian: That’s a good point. I suppose what I have witnessed is under preparation, so I haven’t seen the over preparation yet. So I think you’re right, that it’s somewhere in the middle. Sometimes the conversations can get really interesting. Somebody may be having a heated debate which gets really interesting. And if it’s too scripted, you may cut out that heated debate. So I think you’re right. There needs to be a balance of having preparation, having the right people on the panel, the right topic, good preparation, but not overdoing it either. Then also having actions at the end. So people need to walk away with specific things at the end.

Kristin: So how do you get that “spirited” versus a “heated” debate? I mean, a spirited debate where people are comfortable in saying, “No, I don’t agree with you. I’ve got a different viewpoint.” My experience is a lot people don’t want to look like the jerk on the panel. How do you ensure there’s that diversity of opinion?

Kristin: Oh yes! Since you are often a panelist, what makes you feel like you’re in good hands? Like this is going to be an amazing panel? What has to happen in order for that to give you that feeling?

Ian: It has to be the right topic and the right people on the panel. So if I know the people and I know their background, I know that they’ll deliver the goods. And now you just need to make sure you deliver the same value at the actual sessions itself. So it’s really down to the right selection of the people.

Kristin: So as a panelist, do you research your other panelists?

Ian: Yep. If I have potential input into who will be on the panel, then I will research them. And sometimes you don’t. If you’re on a coordinated panel, sometimes you have no choice in that case. But if you have the option for input into who should be a panel member, well then certainly I’ll do research.

Kristin: I’ve seen some people who just stroll in to be on the panel. The panelists don’t even know their fellow panelists, who they are, or why they have been invited, or maybe even what others’ positions are on the topic.

Ian, you have been to a lot of conferences in the social media space. What is it that you see conference organizers do with panel discussions?

Ian: Some people just prefer the format of one speaker up on the stage rather than the group discussion. I suppose it’s just sometimes, they’re not coordinated well enough. So there’s a mix.

The best panels are, for example, at Social Media Examiner, they do a lot of work in advance to make sure they have the right panels and the right people and they’re really well run. But they do put in the work in advance. And then Contact Marketing World is the same. They put a lot of work to make sure there’s really good value in the panels. So it depends on the conference. They would review the right people, they’d make sure they’re the right mix, the right moderator, they’re very careful about who they select. And both event conferences treat their conferences and the panels really seriously. So if the conference organizers really think that these are important as well, then that just makes a big difference.

I just think if panels are run correctly, they can be really valuable and useful and entrusting. But they probably require more work from the organizer point of view to get right. And that’s the reality of it.

Kristin: Great summation, Ian and thanks for your insights and time. It’s really encouraging to hear because this is the drum beat that I have been pounding for about two years – and we haven’t even talked about this before!

To learn tips to successfully moderate a panel discussion like a pro, try this user-friendly guide.

Add a Little Pizzazz To Your Next Panel Program 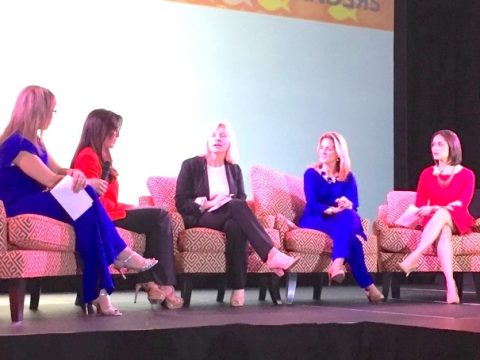 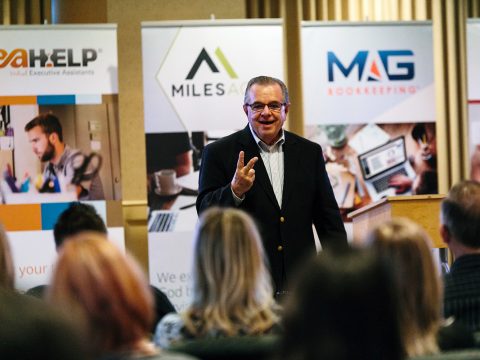 Disagreement in a Panel Discussion: The Two “P’s” 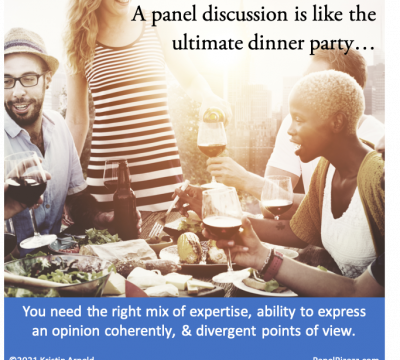 Advantages and Disadvantages of a Panel Discussion