Provocative and Polarizing Questions for Your Panel Discussion 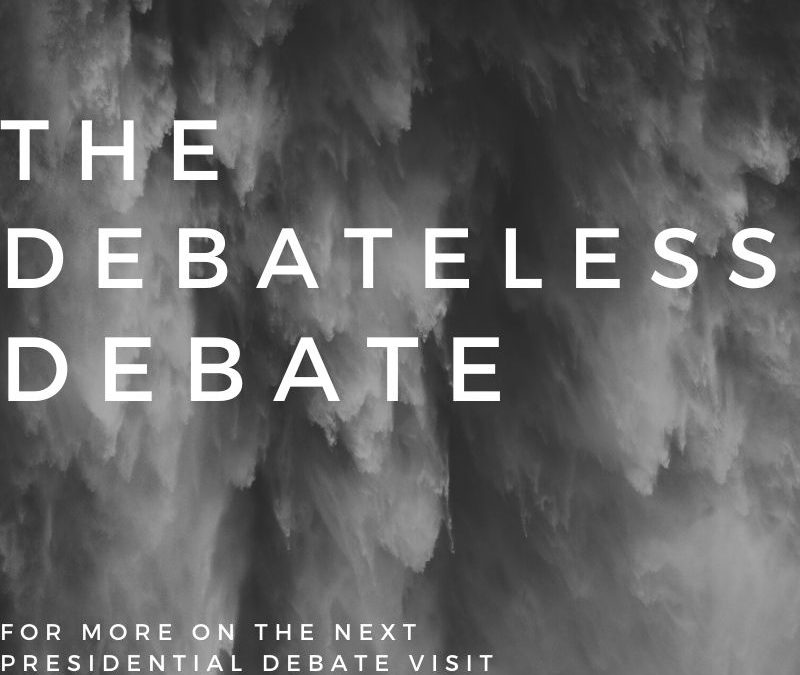 Next week’s Democratic Presidential debate will feature a ‘balanced’ number of questions for candidates – by not allowing the candidates to debate each other.

What?  If the candidates can’t respond to each other, there won’t be much of a debate.

Event hosts MSNBC and The Washington Post announced the format last week.  The “debate will be broken up into four segments and will include three commercial breaks. There will be no opening statements.  Candidates will have 75 seconds to answer questions posed to them and 45 seconds for follow-ups at the moderators’ discretion. Candidates should be able to respond if they’re referred to by name by another candidate, but that will be at the moderators’ discretion…Candidates will have one minute and 15 seconds for closing arguments.”

So here’s the format:

The moderators will ask direct questions to the candidates.  The candidates will respond.  Unless another candidate’s name is invoked in the question or during the answer, no one else will be able to speak.  No more raising of the hands, indicating an interest to pile on the conversation.

This “new” format is in direct response to the “sizable differences in the amount of time the candidates had to talk during the previous four debates.”

I’ve been collecting the data for each debate, and the disparity is more than sizable: the candidates in the middle ALWAYS speak more than the candidates on the fringes – and it’s either intentional, or the moderators aren’t skilled: 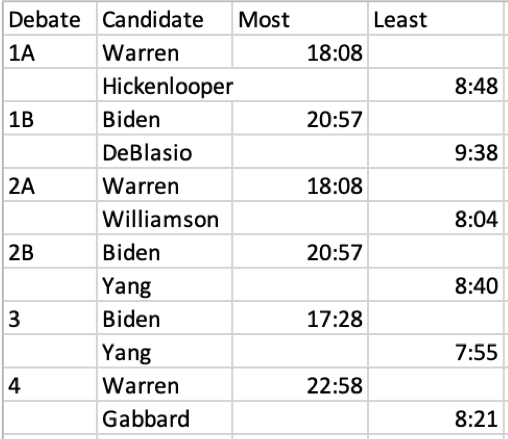 In most debates, there are five ways a candidate gets airtime:

If moderators would just do their job, the event hosts wouldn’t need to create such a draconian rule that prohibits candidates from engaging with each other.  I admit, as a professional panel moderator, it is challenging to manage the airtime among ten candidates, but not impossible.  The moderators are professionals, after all.

All four women moderating is a historical first, so there’s some diversity going for the debate. As Fortune’s contributor Avery Blank reminds us: “While the panel of moderators will be all women, all women are not the same. These female journalists are also of different races and sexual orientations, among other differences.”

FYI – This will not be the first primary debate to feature a lineup of female moderators – but it is a first to have FOUR of them. In January 2016, Trish Regan and Sandra Smith moderated one of two Republican presidential debates on Fox Business Network. Gwen Ifill and Judy Woodruff of PBS teamed up for a Democratic debate in February 2016.

Theoretically, there should be some questions about women’s issues…which has been noticeably absent in the last four debates.  I imagine Rachel Maddow will ask a #MeToo question.  We can only hope as the topics have not been announced yet.

I also hope that it will be interesting, but I’m not getting my hopes up.

What Exactly is a Presidential Debate Rules Analyst?